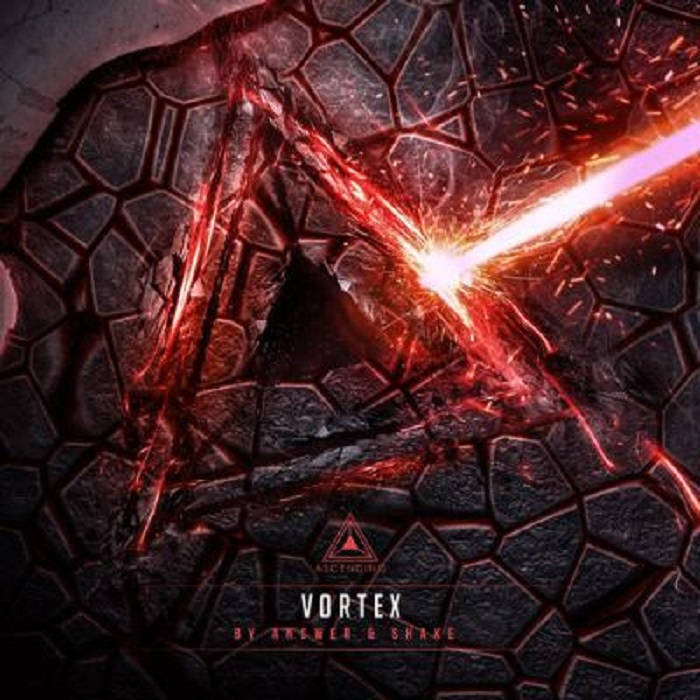 Vortex compiled by Answer and Shake features 11 highly polished gems of cutting edge progressive and full on psychedelic trance mined from secret studios around the globe. When activated in synchronous order the harmonized frequencies combine to open a Vortex, unleashing a nearly infinite power source onto your dance floor. Ascending Records is the fresh new label created by Shake the bright rising star, Luis Macias, born in the city of Morelia, Mexico, now based in Los Angeles where he is managing the new label located on prestigious Whilshire Blvd. in the heart of Hollywood. Combining forces with Answer, these well-established producers bring together the crA me de la creme of cutting edge progressive and full on psychedelic trance music featured in this one of a kind compilation. This is the sound now being played at the biggest parties around the planet and supported by the most well-known producers. Answer is Miguel Angel Valle Tejeda who has been working in the global electronic music scene since 2004 as a DJ and Music Producer, and he's also the mastermind of Fractal Color, ElecTricks and ZenWave (now Zen VV) music projects. His style in the mix as DJ Answer has been well accepted and recognized since the early years in Morelia (a city nearby his hometown Patzcuaro), bringing to him the chance to play in bigger parties and gig's in some other cities, showing his dj set's and his own music to more people. Working with other label groups such as Acid'reams Records, Simetriks, Plusquam Division Germany, Wizard Recordings NY, LabelWorx, Global Music, Ibidelyc Recordings Ibiza and Dropland Recordings Barcelona, his tunes are spreading around the globe and attracting attention from people from Canada, Germany, Spain, Brasil and Netherlands. Versatility, eclecticism and energy are features that shape his music in each of his different, constantly evolving music identities. Nowadays, Answer is working on his latest hit album as a follow up to his well-received debut 'Wise, Wild and Free' and looking for hot tracks to include with our next compilation. Shake is the Trance Project of Luis Macias, from Mexico. Luis developed his interest in music at a very early stage, by the age of 15 he started as DJ'ing at local parties, bars, and clubs, Later on he decided to start producing as 'Shake'.Shake has a unique style charged with penetrating melodies and powerful basslines. Shake brings fresh new ideas and exciting melodic structures, which reflect life itself, trying to open a window for the audience to tune into the music and jump into Shake's world. A Stomping musical Groove which has made the dance floor Shake and tremble several times all around Mexico, Australia, USA, Brazil, South America, playing his music at Indoor parties and Outdoor festivals.CEND