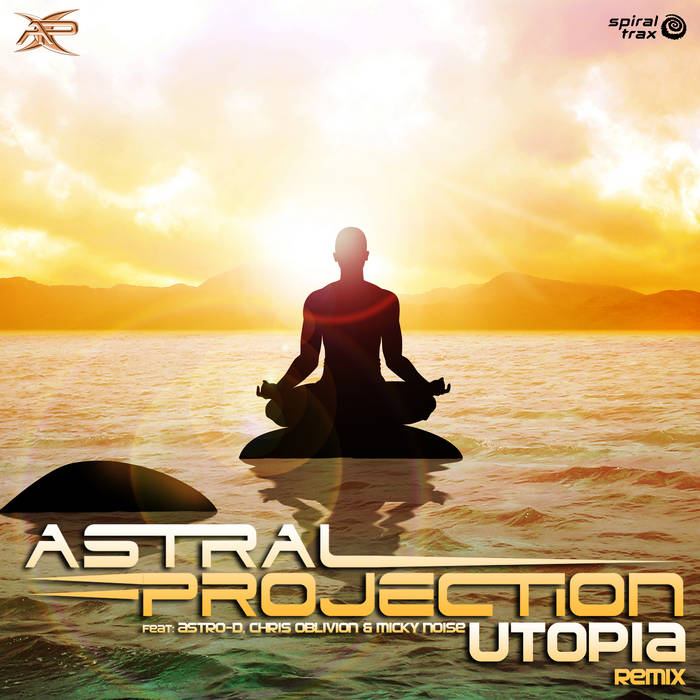 Spiral Trax is excited to present this hot remix to the classic ASTRAL PROJECTION tune, Utopia. Our top remixing team Astro D, Chris Oblivion and well known co-founder of Wizzy Noise, Micky Noise combining forces to create a super new version ready for the dance floors of the world! Astral Projection is an electronic musical group producing Psychedelic Trance and Goa Trance music based in Israel. They are considered to be one of the originators of their genre and one of the biggest acts on the
scene. Its current members are Avi Nissim and Lior Perlmutter. Although the majority of their releases have been done through their own record company, Trust In Trance (which later merged with Phonokol), they have also released records with other labels including Transient UK, Nova Tekk Germany, Avex Japan, Blue Moon Taiwan, TIP World UK, Smart Records, Distance FR, Fairway FR, Why Not Records, Perfecto and many more. They Have had wide spread global support from big name DJ's and Bands such as Paul Oakenfold, Danny Rampling, John 00Fleming, Faithless, and many more. In addition to an extensive discography, the group has an extensive worldwide touring schedule.In 2009 Astral Projection was ranked no. # 67 in Djmag's top 100 dj's in the world !
Some History... A precursor to Astral Projection, ''SFX'', was formed in Israel in 1989 and originally consisted of Avi Nissim and Lior Perlmutter. They released a hit single in 1991 named ''Monster Mania'', which prompted them to start working on an album. Work was halted when they decided to travel to [[New York]] and try their luck there. While Avi soon went back home, Lior stayed in the (USA) and in 1992 released the single ''JBIE''. In 1993, with Lior still in the (USA), Avi teamed up with Yaniv Haviv and Guy Sabbag and they released the single ''Another World''. In early 1994, Lior returned to Israel to work on his own material with the rest of the members under their new label (Trust in Trance Records / Trust in Trance) . After this release, Guy decided to leave the group and the remaining members eventually changed their name to Astral Projection. They have produced eleven albums. The most recent album is 'Ten' which was released in 2004. Astral Projection have not released an album since 2004, though they have released several singles since then. Astral Projection's most well known tracks include hits such as "Kabalah", "People Can Fly", "Mahadeva" and "Dancing Galaxy" to name but a few.

Featuring Gary Bartz, 5 years of Rhythm Section Intl and an LP of the week by Nicolas Jaar