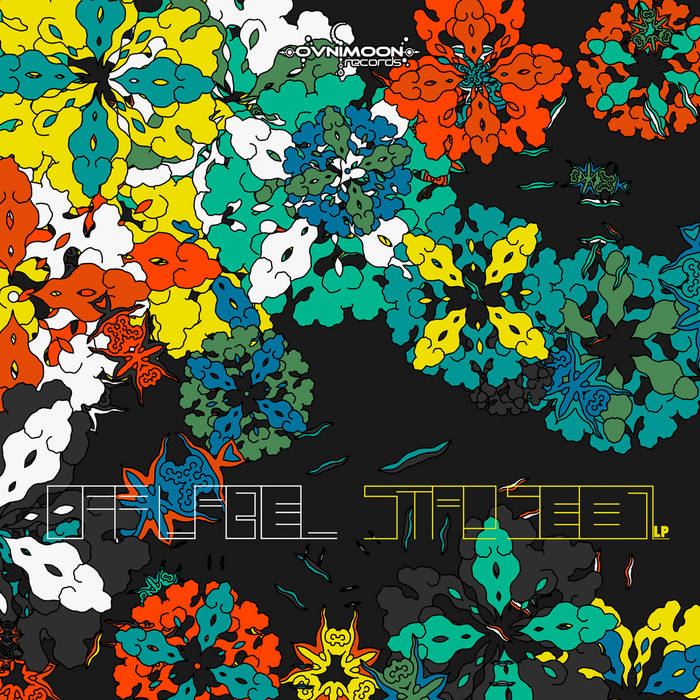 Ovnimoon Records presents the full length collection of previously released tracks by OffLabel on this special edition LP version of Starseed. Tony Vallini is the man behind the Psytrance sound project called OffLabel. He started DJing at a young age and when he was 16, in 1995, he won a DJ contest and earned first place. Always being keen on experimenting and 3 turntables mixing, to date Tony has played in many Italian clubs together with djs producers like James Holden, Ben Sims, Pig & Dan and many more. Producer since 2007, his tracks have been released on InMinimax Records, 303 Lovers, Prosthetic Pressings and have been recognized and played by Len Faki, DJ Spartaque, Chris Fortier, Umek, Matt Darey. Tony has also made the Beatport’s Techno Top Ten list several times. From 2011 Tony’s sound leaves the techno scene to pass to working in Trance sounds by the pseudonym “OffLabel” and with a release on Talismat records, he landed on the Psy Trance Scene. In his sound, you can touch underground and evocative cuts, with melodies, chants and tribal contamination, breakdowns and atmospheres, it emanates pure energy and wellness; a mental and psycho-stimulant sound is his signature with his own style. On stage OffLabel provide a pumping Live Set together with many atmos fx and zaps that created on the spot, a very involving show with powerful music vibrations. Tony often says, “I am driven by a desire to share music and don’t worry, until you are here, I will be here with you playing music, let’s Go!!” Written and mixed and arranged By Tony Vallini aka Offlabel @ Bunker Studio (Pisa, Italy) Track 1 Voice By Offlabel, Track 6 Guitar By Dome La Muerte, Track 7 Vocal By Offlabel. www.facebook.com/Offlabel-715013868628912/ www.facebook.com/tony.vallini

For any questions, infos or issues contact us or the label directly

Sampa The Great joins the show to discuss her release, "As Above, So Below".