A ROBOT COMES TO HER - Fading Spiral (pwrep155) 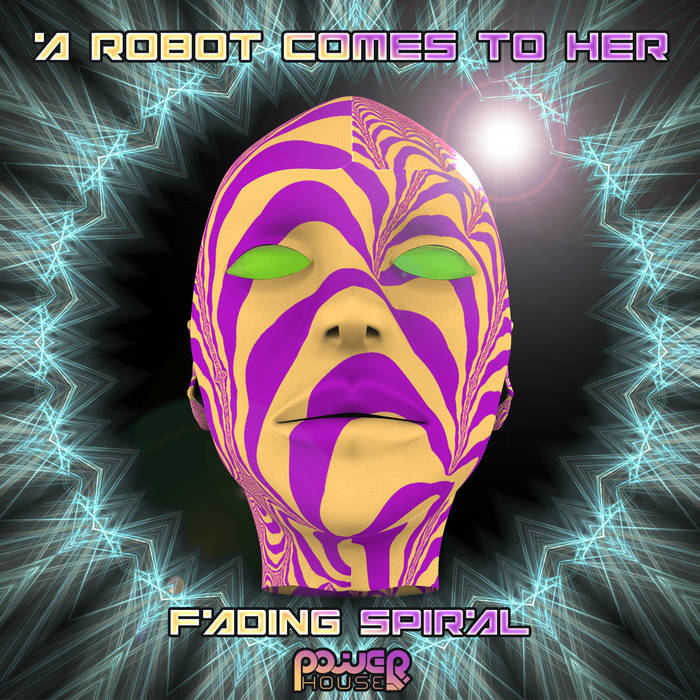 Power House Records presents Fading Spiral, the newest ep from A Robot Comes to Her feating Elaine Round, aka Spinney Lainey, who wrote and played the flute parts on the track Fading Spiral plus a remix of Spinney Lainey's own song Flow. Belgian producer Olivier Decroix aka A Robot Comes To Her fell in love with Electronic Music when listening to the 90's French radio broadcast Cybertrance at the age of 15, and reading the Outsoon techno magazine. While listening to Bonzai, Sven Vath, and Aurora Borealis tunes he began to play bass guitar in a metal band, but quickly got hooked by the power of electronic music, became a huge fan of EBM, Krautrock and Acid Rock. When he played in a Trip Hop band he started to discover the possibilities of synthesizers like the Juno 106 and Minikorg that he stood alongside and later learned to play Blues & Jazz, in a Funk one. In 2000, he went to his first parties in Brussels’ dancing on D’n'B, Techno or Elektro. He began to experiment with an oldschool Roland TR-626 drum-machine & software synths, and his first tracks sounded like Electropop. In 2007, after being sucked in to Cold Wave and Industrial sounds, he moved to France to live with his extraterrestrial fairytale-like girlfriend MKZ, who inspired him to go back to his Goa, Techno roots! Since then he has enjoyed superb releases on the newly launched LCD Recordings, which is headed up by a great team of experienced musicians and DJ’s, namely Airwave and co. This project reflects his principal influences, which are psychedelic, Goa and Acid Trance on the one side, Trance & Progressive Trance from the past to nowadays on the other one. A Robot Comes To Her gives importance to ambiance and feelings, he likes to immerse the listeners into a deep sense of supernatural & emotional landscapes, borne out of groovy beats, sometimes with a housey feeling, sometimes more sustained, with a pinch of acid and a lot of romantic pads, inspired by what he enjoys the most, nature, future, love and dreams. He has released three EP's on John 00 Fleming & Airwave's LCD Recordings label: Tree House, Little Folk and A Deeper Blue.